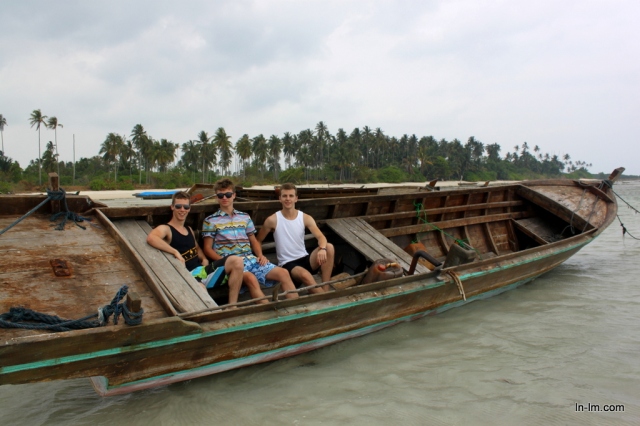 As it’s still fairly early on in our term here in Singapore, a few weekend trips to the coast are acceptable if you make up for the work during the week. Bintan is one of the Riau Islands, a lesser known Indonesian gem just underneath Singapore. Word has it that the government has big plans to transform it into the next Bali. The island already receives some form of tourist income, mainly from Singaporean locals searching for a decent beach. When boarding the ferry there were endless advertisements promoting the relatively new resort situated to the north of the island. Being students with a limited budget we headed further south into the part of the island actually inhabited by the locals.

We stayed in the modest but beautiful Mutiara Beach Guest-house which I can only recommend especially for a big group. They gave us a very good deal by renting out their largest room and allowing us extra mattresses. If we were still in the UK the cost of the mosquito nets and coils we were provided with would have cost more than the room for the duration we stayed. Breakfast was surprisingly included in the price. I thoroughly enjoyed waking up to complimentary Coconut and Lime pancakes by the beach.

Undoubtedly the best part of the trip was renting out some scooters and taking our time to pass through coconut plantations and untouched Indonesian countryside. We made various stops including a little seafood restaurant and had the most delicious marinated fresh fish (for £2 per person!) and by a little stretch of coast with a coral islet opposite. It was possible to walk across the sea from the beach and made for some great photo opportunities. Back at our guest house the beach was very beautiful by the time we arrived back, we had to share it with the presence of some local fishing villagers, whose floating houses became climbing frames and diving boards for our enjoyment. (No damage caused!) The following evening was spent drinking ridiculously cheap beer and relaxing on our porch to some tunes until the portable speakers ran out of battery. Simply a brilliant weekend!

Renting some scooters was a brilliant idea! 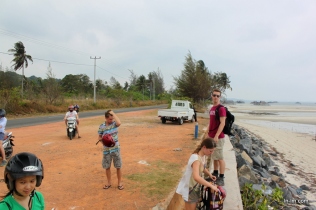 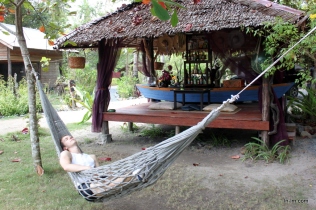 Hammocks are my new thing

While on the bikes we passed a beach with a little detached island. You could walk there without getting too wet from the coast. 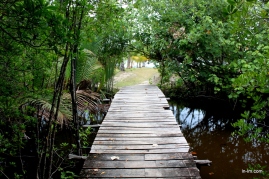 This little wooden bridge had to be crossed to get to the beach from our hut. 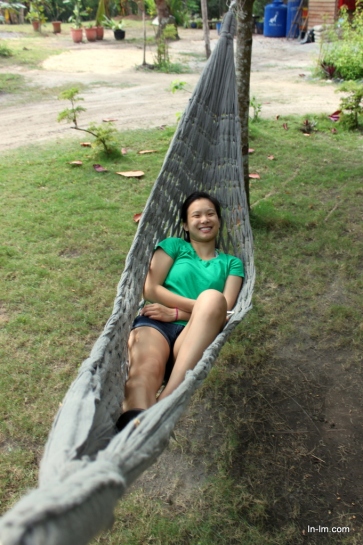